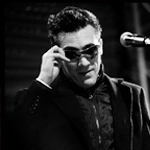 Guided by his musician father, he started studying classical piano at the age of 11 years. Graduated from the Cuneo Conservatory, he continues to take private lessons with Massimo Del Pra, a very high level specialist in Italy in Jazz and contemporary music. He trained the Running Birds and settled in Nice in 1998. Known and recognized throughout the Riviera, the group quickly becomes the reference of Rock in the region. His greatest influence is undoubtedly the legendary John Lord (Deep Purple), essential for his initiation to this "vintage" style which characterizes him particularly. He draws inspiration from artists like Rick Wakeman on a daily basis (Yes), Patrizio Fariselli (Area) ou Flavio Premoli (PFM), that he hopes to match one day. Beautiful moments in his career : first part of Deep Purple / Status Quo / Scorpions / ZZ Top and exclusively an album with Mr. Ian Paice him self, drummer Deep Purple. A l’instar du concept Merry Mood, Christian Vinciguerra decides to evolve in music by visiting new styles of music while keeping the quality of musical performance, empathy and good atmosphere. 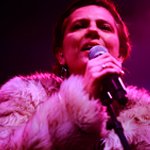 Having lived in France, in Australia and the USA, she joined her first group at 17 years, to then integrate Bal groups, play in Piano bars, in Big Bands and Pubs.
Very influenced by Janis Joplin, Ella Fitzgerald, Pink Floyd and AC / DC among others, she is comfortable in all styles of music. 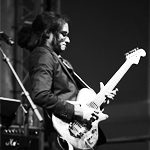 Chris Cadillac, guitarist and singer is multi-instrumentalist.
He lived in Australia and France and started music at the age of 6 years.
His influences quickly multiplied thanks to his musician father who introduced him to the Gypsy Kings, Santana, Michael Jackson, les Beatles, Deep Purple, Prince, les Rolling Stones, Pink Floyd, Jimi Hendrix and others.
His official website is here:
www.chris-cadillac.com 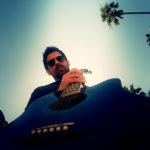 Cradled in a family of musicians, William learned guitar and practiced singing from a very young age. After countless Karaoke evenings, he started his first cover group at the age of 16 years. One year later, he begins to scour the pubs and bars of the French Riviera with well-pocked Rock. In addition to the live show, William will develop a great passion for recording and producing music. He will later be trained by the greatest American sound engineers., Andy Wallace (Prince, Bruce Springsteen, Nirvana, Jeff Buckley, Rage Against the Machine, Linkin Park, Foo Fighters..) or Chris Lord Alge (Green day, Joe Cooker, Madonna, Muse…) to recite nobody else but them. His group of covers evolves towards composition and will follow the writing and recording of it. 4 Albums. William will also take care of production, recording and mixing them. After tours in Europe, China and the United States, He decides to take a break from the composition to focus more on the Studio and the events. 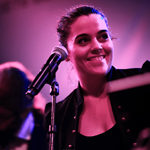 Born in Bordighera (Italy) in 1992, she began studying modern song at the age of 11 years. Immediately she takes part in competitions, courses, manifestations.
From 2012 she started with different Ponente Ligure music groups (Hard to Find, Relatrio), of the French Riviera (Wagg) and from Torino (Piedmont - Italy, in collaboration with Soul Nassau) with which she performs in advertising, in festivals and at private parties.
She is currently a student in the last year of DAMS (Disciplines of the Arts, Music and Show) at the University of Turin.
Since 2013 she approached jazz singing and her influences come from pop / rock, jazz, of black music and are imbued with Amy Winehouse, Lauryn Hill, mine. 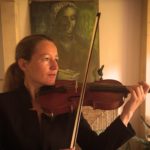 Elodie Lepoutre, 33 years old joined the Conservatory at the age of 6 years, until his 18 years. Curious and influenced by musician friends from different cultures, she learns a little more every day, including Cuban music, South American, as well as gypsum style. 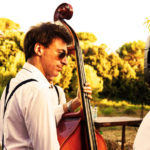 Born in Sanremo in Italy, Simone went, from childhood, passionate about music and defied the desires of his parents who pushed him towards the guitar or the piano, determined to train on bass. After a goldsmith training which he combined with his passion for music, he decides to become a professional musician. He joined the group The Running Birds with which he will flourish on bass and develop his talent for singing. Durant 15 years, he goes with this group to play all over Europe, make the first part of legendary groups such as Deep Purple, The status quo, ZZ Top, Scorpions in the largest rooms in France, including the Paris Olympia. He will compose and produce with this group 8 original albums, including one with Mr Ian Paice, the drummer of Deep Purple in person. With his group Men On The Hill, he will also compose 1 album that will take her to play in Los Angeles before also joining the jazz and strolling orchestra Merry Mood. This versatile musician and singer, having first love rock, also evolves in jazz and pop bands, passing with ease from bass to double bass, on vocals or on guitar. 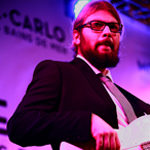 Born in Bordighera (Italy) in 1993, he started studying electric bass at the age of 14 years.

He takes part in the formation of the numerous groups of the Ponente Ligure and he integrates groups of Music like the Shout, Those good guys, Relatrio, with whom he performs in Italy and France.

His great passions are fusion music, Jazz, the funk. 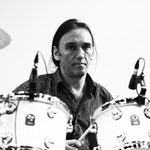 M. Gepponi 18-12-1961, he starts playing at the age of 13 years after listening to Smoke on the water by Deep Purple, his group prefers ’. He is also influenced by other great players of the instrument like Buddy Rich for the swing or Vinnie Colajuta for the global technique proposed by him. 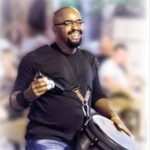 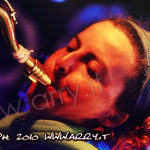 Valeria Grani is a child prodigy of the Sax who started from a very young age. She joined several bands from her hometown to found the Blenda blues band and finally be able to expatriate all over the French Riviera and show her talent.. However, thanks to her eclecticism and her professionalism she easily manages to manage several other projects in different styles of music : especially in jazz with Reddy Bobbio band, or Jazz Ambassadors and West project orchestra, in reggae, pop and folk with Twisted family, Blessed Rebels. Music gives him wings, a feeling of total freedom that you can't help but feel during your performance. 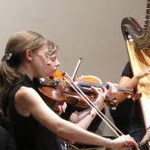 Graduated in violin at the Pavia Conservatory(Italy), Alice Marini embarks on Jazz, initiated by two internationally renowned teachers : Ramberto Ciammarughi (Italy) and Didier Lockwood (France).
She continues her classic dream with several chamber music groups : the Elicrisum Musicae ensemble and the duo with pianist Bianca Brecce, interpreting a subtle marriage between Baroque music and that of the last century. She discovered Klezmer music and created the Witz Klezmer Quartet.
Song and composition student, she writes the music for an Italian play "Così é se vi pare" by Pirandello.
Seizing this great opportunity, she joined the Merry Mood orchestra in 2014, becoming the most eclectic joker in the project. 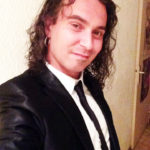 Despite essentially rock bases acquired alongside groups such as the Running Birds ; Fox ; or Carmine , its main quality is its ability to adapt to the desired musical style, in order to give the most convincing result possible . This allowed him to integrate into several large orchestras of the Maritime Alps such as the Orient-Express orchestra ; Baie des Anges Orchestra ; and the Europa orchestra , thus bringing him other styles to his repertoire such as the French and Italian variety ; Soul ; Jazz ; Latino ; etc … 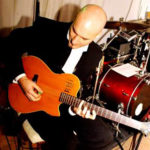 Guitarist / singer . Antoine Jourdan has played in different formations since 1996. Here are the main ones:

Shandalaï: 2 demos, mainly toured in Paris from 1999 at 2001 including Cithéa nova, la Guinguette pirate etc… Toure kunda: tour in the North of France and Paris. The fairies: 1 album: words of blood and 1 demo, tour throughout France from 2001 at 2005 including the zenith of Paris, the Francofolies, the wind festival, etc ... Fahrenheit: event group of 2008 at 2013 offering various services ranging from marriage to private parties of all types. 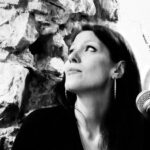 Talented singer with a warm and melodic timbre, she shared her life between Italy and France where she settled permanently in 2004. Initiated to singing since his childhood by his father himself singer of Operetta, she won several competitions throughout her childhood and youth, she has also been part of several cover groups while continuing to explore various musical styles and soak up the communicative voices she encountered on her travels, like the great Ella Fitzgerald, Nina Simone, Etta James or Aretha Franklin and many others. Mimi Eliante is to this day a singer of standing with a generous and vibrant interpretation. These predilections remain Jazz and Soul, but his ability to adapt, his groove and his vocal power are also formidable in the Funk, Pop and Dico. 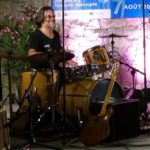 Gaëtan Thomas , is a drummer - Percussionist & Dj Proféssionnel. Passionate about music, he plays in different formations , diverse and varied in terms of musical styles (ex: pop,folk,soul , funk ,celts, Electro ,Electro-Jazz), which can also be found in these sets as "Dj" (Former resident of Barrio Latino Nice, and alternating with Siesta summer in the Years 2000 )… He likes to mix genres by looking for musicality in the Mix ,for him Music has no borders ...